View source
watch 01:40
The Sandman Will Keep You Awake - The Loop
Do you like this video?
Play Sound

Match next to it and see what happens

Surprise Boxes are special semi-obstacles in Homescapes. They contain a random power-up or one of the following:

You can open them by making matches or exploding power-ups next to them. 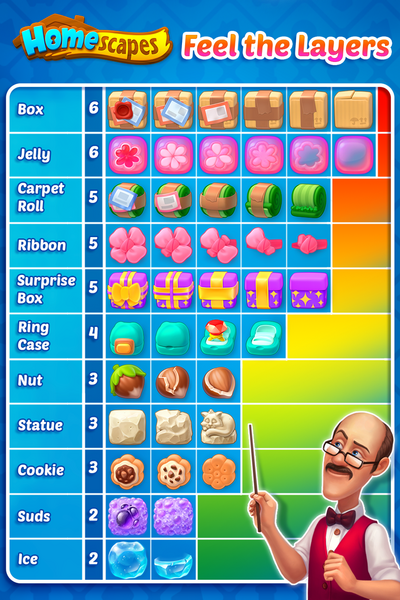