Austin is the main character of the Playrix's ScapesTM series Homescapes and Gardenscapes. He also appears in Township.

Austin is the child of William and Olivia. During his childhood, he had a pet turtle, but his parents decided to take it to the zoo. Katherine is one of his childhood friends. He later grew up to go to a Butler Academy. There, Austin learned how to be a butler, like his father. He spent some of his life in a house in an unknown area until he decided to return home to his parent's Mansion.

Austin is a slightly balding man with brown hair, pale skin, and blue eyes. He also wears a white shirt with a red bow tie, light blue suspenders, and blue jeans during the day. Austin wears pajamas at night with a blue and white stripe pattern, along with a pyjama cap. 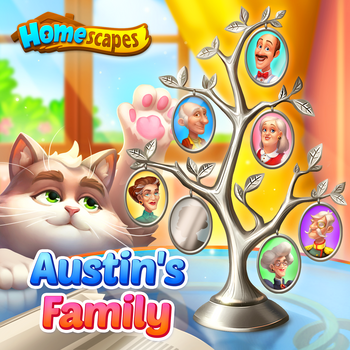 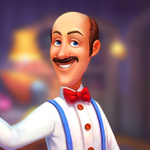 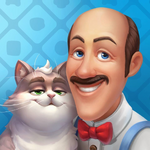 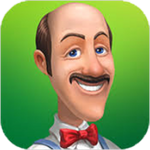 Austin after cleaning the chimney

Meet Austin the butler and his lovely parents! 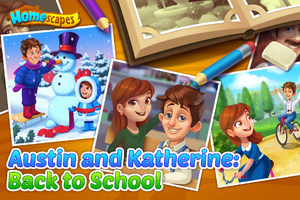